Today we had just gone through Denver, when all of a sudden the Pressure Pro went off. Cindy was watching it and the tire pressure on one of the trailer tires went from 50, to 39, to 16 by the time I got stopped. While I was driving, I couldn’t tell anything was wrong. It looked like I must have run over something because there was a big hole in the middle of the tire. I can’t remember hitting anything, and I’m sure without the warning, we would have had major damage to the trailer. By the way, the traffic going through Denver was terrible. It was probably a sample of the traffic in Salt Lake City.
Later after we left Cheyenne there was an alligator in the road, and about a mile further a semi was pulled over with one of the fenders that cover the back wheels all tore up with just a rim on one of his axles. It is a good thing for the Pressure Pro to tell me when we had a flat.

As it is, the tire will have to be replaced. I only have one spare, so I’m hoping we make it the 300 miles or so till home.

We were going to stop in Laramie, but it was so early in the day, we decided to drive 2 more hours and make it to Rawlins. And this way we only have to boondock one night. There is enough wind that we should be OK tonight.

The following pictures are some of the scenery along I 80 after Laramie going west. 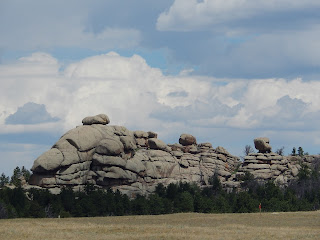 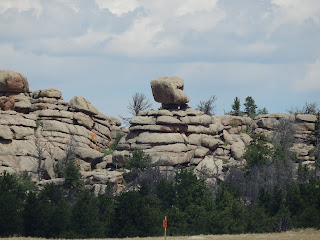 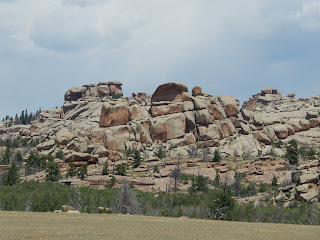 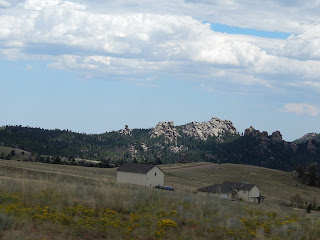 Tonight we are at Camp Walmart and are going into one of our home Parks in Coalville, Utah tomorrow and are going to stay there for a few days before going home.

Thanks for visiting.
Posted by Ray and Cindy Warner at 3:30 PM