It finally got warmer, with no more frost warnings.

Yesterday was a nice enough day that I decided to put the fence back together. It took me a while, but we both are pleased with the result. 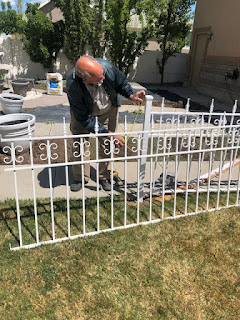 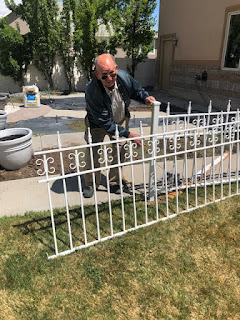 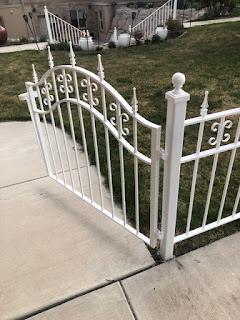 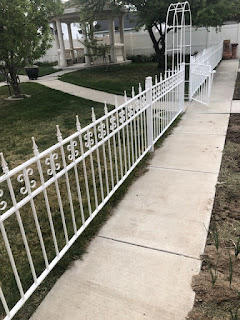 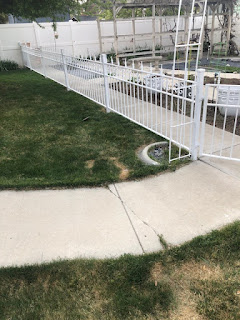 It also was warm enough that we brought all the plants out of the garage and placed them around the yard. Cindy planted the tomatoes that we have had in the house and planted some squash. 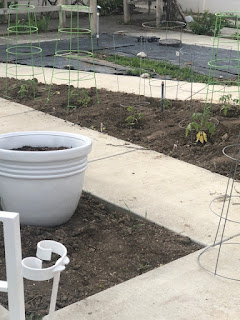 Poor little Penny had kind of a rough week. Tuesday she had a vet appointment. They gave her a bordetella shot, which made her sick for a while. I looked it up and it was because the injection was doing its job. It only last a day and then she was back to normal.
She has been getting so shaggy that we couldn't take it any longer. It has been so cold, that we didn't want her to get her hair cut too soon, but today was the day. I got a before and after picture of her. 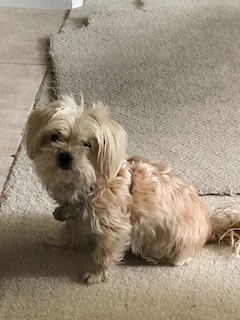 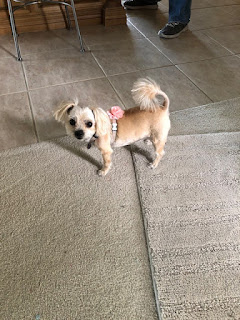 I think she looks a lot better.
I worked on quilting another quilt today. It was one that I got finished a lot quicker than it took Cindy to make. The only thing is I have to be careful with the three D ears on the dogs. 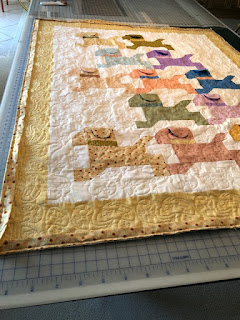 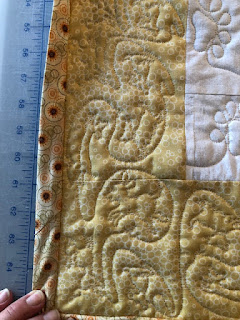 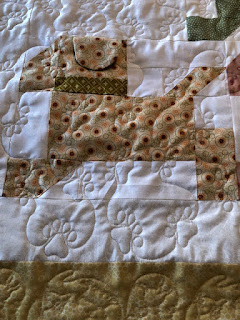 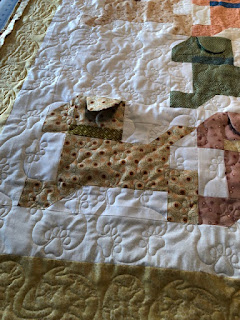 That's what we've been up to.
Thanks for visiting.
Posted by Ray and Cindy Warner at 7:03 PM