What Have We Been Up To?

It's still been a bit cool but is forecast to warm up later in the week.

Cindy has been busy with her yard and in between quilting. She seems to over-do and ends up with a back ache most night. Partly because of this and just because, we decided to get our hot tub going. We haven't had any water in it for about 10 years because kids don't know how to shower before they got in and it got so dirty we decided not to use it. But now that we are empty nesters, we felt like it was time to get it going. There were a couple of problems however. The first was that one of the two pumps wouldn't go. the second was that lots of crud had lined the circulating pipes from not being used. I could have had the Spa Place fix it but decided to try to get the pump going myself. 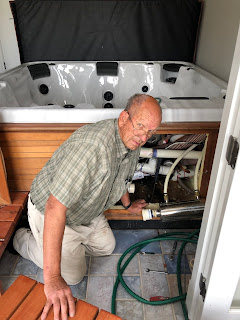 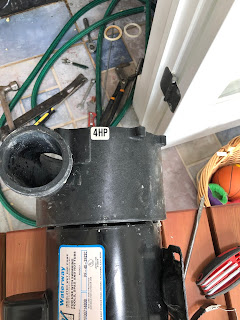 This is the pump and motor. The round hole at the left center is where I tried to turn it before I took it out. When I check the price of a new one it was going to cost about $500. dollars and that was part of trying to free it up myself.

It was a lot of work to get the pump out because it is bolted down with 4 bolts, two of which are buried by one of the 2 inch flex pipes on the inside of the motor. After playing with it for about two hours, I finally got the last two nuts off and could finally get the pump out. The two nuts are not getting replaced. I had tried to turn the pump with the inlet taken off but it wouldn't turn and that's why I had to remove it. I debated on buying a new pump and motor but finally decided to tear it apart. I couldn't get the pump off the motor but the end plate on the motor would turn so I knew it was the pump frozen up. I finally grabbed the armature in my hands and held the pump housing with my knees and it finally turned. I oiled the pump and when I put it back together and turned it on, it ran, although a little noisy at first so I felt I could put it back together. After getting everything together and filling the pump, a lot of dirty scum came out so I had to drain all the water out, change the filter and clean the Spa very well. Fortunately on filling it the second time, very little dirt came out which I was able to syphon out.

We tried the Spa out last night and it felt wonderful.

While Cindy was outside, she noticed the roof of our gazebo looked like a shingle was missing. After I check it out, the 20 years it has been up took its toll on the South side shingles, and some of them will have to be replaced. 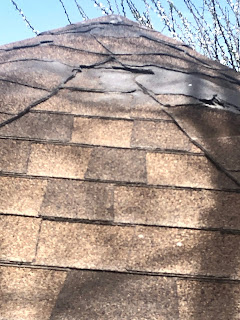 I got some pictures of  some of the flowers that Cindy wanted to get home to see. 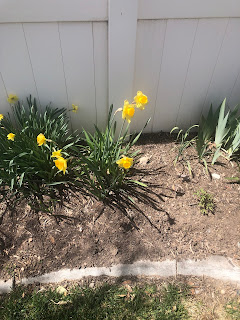 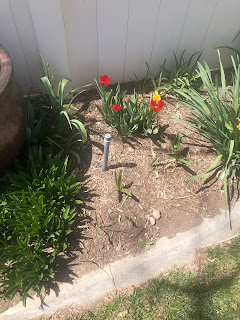 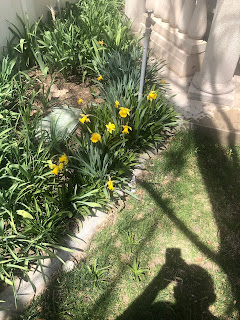 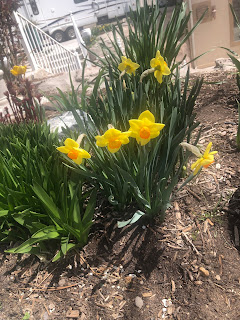 Posted by Ray and Cindy Warner at 6:18 PM