We have mostly been staying out of trouble here in Paradise. Mostly.........this afternoon Cindy came in to tell me that we had another water leak in the secondary water system. When I went out I could see water bubbling out of a section of our landscaping. This leak is the fourth one I've had to repair since we've been here this fall and winter. All of the leaks have been near where a coupling has been put in the irrigation pipe. It looks like, to me, that whoever originally installed the system used pliers to hold the pipe while they installed the coupling. And after a while where they pinched the pipe it started leaking. It's not too hard to repair, it's just the aggravation.

I wasn't sure Cindy had got a picture of the rainbow I talked about last time, but when I downloaded the photos, there it was. 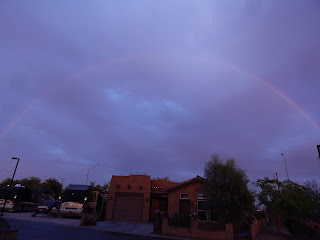 It is a little faint but filled the whole eastern sky.

We went to the quilt show at the Yuma Civic Center. It is held yearly in January. There were lots of nice quilts. Some of the patterns were some we had seen before, but all the quilts in the show have to be entered by members of the local Quilt Guild.

There were some really nice quilts with some fancy quilting. 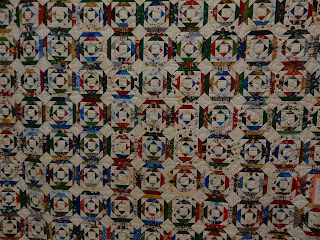 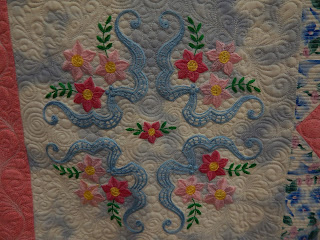 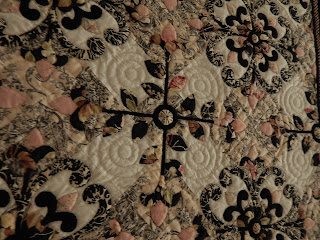 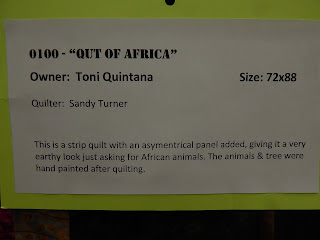 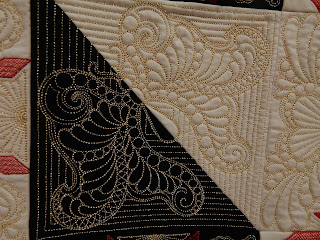 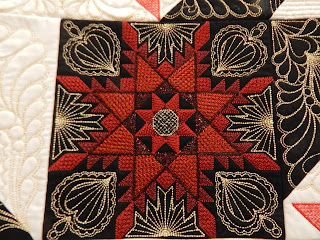 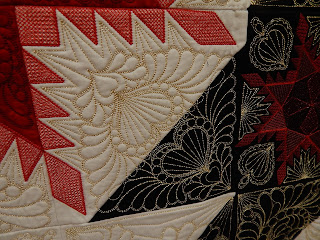 Cindy got a picture of the whole quilt, and we both thought it was our favorite.  The squares of the  three above  and the square below are close ups of the quilt. 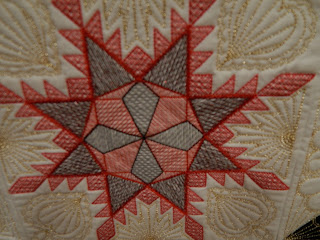 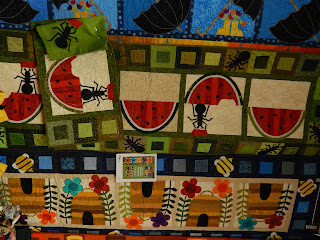 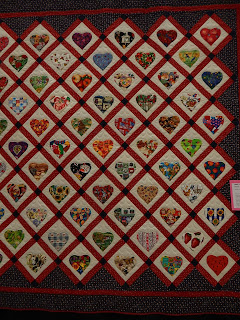 There were many vendors there selling lots of quilting supplies. We had bought a kit (at a yard sale) that was short several fat quarters of dark blue and so Nancy and Sandi,we did buy some material. Also a 10 yard bolt of good material for $3.95 a yard, if you took it all, called our name. We do have a quilt in mind that needs a back So it will get put to good use. 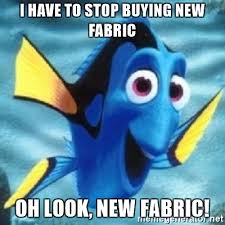