The weather in Salt Lake City has been about 10 degrees hotter than Saint George. If you consider 300 miles further south and 2000 feet lower, that is not the way it is supposed to be. They have had lots of thunder showers and flooding in the south end of Utah, while we had one 6 inch storm, the rain drops were 6 inches apart , LOL. We have had no rain that amounts to anything for a while. It does get a little cloudy, but all the storms are to the south end of Utah.

Some of the grout in our gazebo cane out and there was some settling on the floor, which I caulked. Hopefully the water won't get in and freeze next winter. 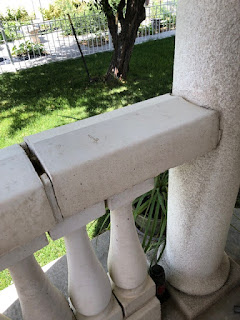 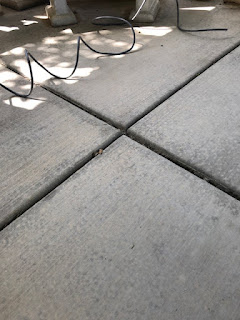 We were afraid it would freeze and break the concrete.
We have had pigeon building nests under our solar panels. We found someone that put a metal screen around the panels that would keep the birds out. I told Cindy I could do it, but she thinks I might fall and wouldn't let me do it, so we hired someone. He thought he was finished but the bottom of one set hadn't been done because there isn't room to walk on the roof. I suggested two of us, he came alone, roll the mesh out, then carry it over the panels where he could fasten the mesh from a ladder. Since that was the only way we were going to get the bottom covered, Cindy relented and let me help him with the one piece. I was only on the roof, not working from the ladder. Anyway, we got it done and now we shouldn't get any more pigeons under our solar panels. 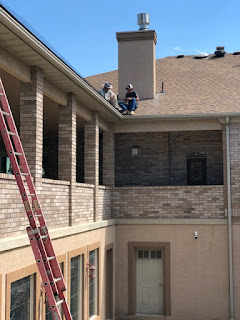 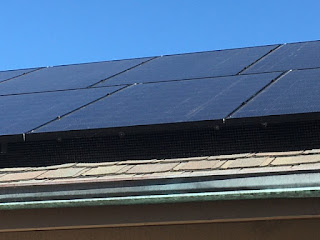 And finally one more quilt. This is another one from the pattern Cindy got from Nancy. This one is in Christmas colors using mostly holly patterns. 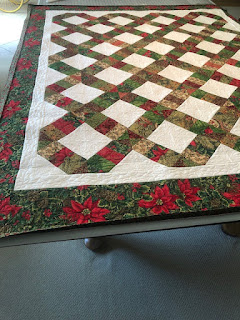 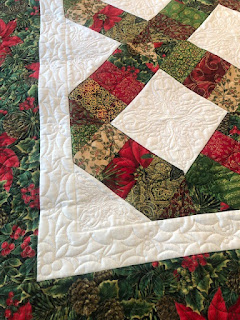 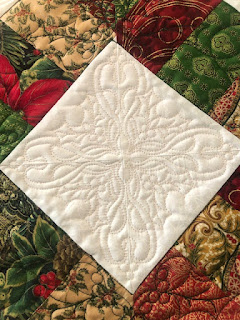 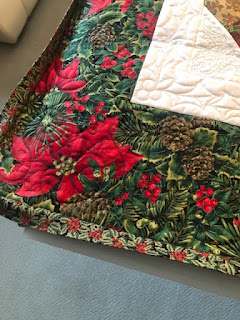 Thanks for visiting.
Posted by Ray and Cindy Warner at 5:44 PM