Spring has officially arrived. It has warmed up nicely the past few days.

We had a year end shuffle board party for all the shuffle board players and spouses. We played two games starting at 4:00 in the afternoon and we had more players than usual including several new players. 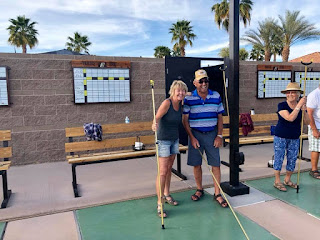 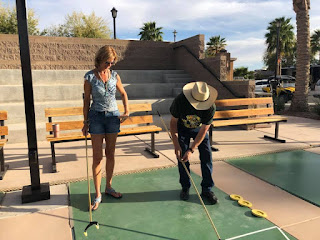 To make things interesting, the way we played was changed. Instead of being inside the lines, the disc had to be touching a line to count with the lowest score being the one that scored.

I played against one of the beginners and got beat very badly. In fact, I was one of the lowest scorers in the game. At the dinner afterward, I was presented a certificate of compassion and pity. It was all in fun and I still had a good time. 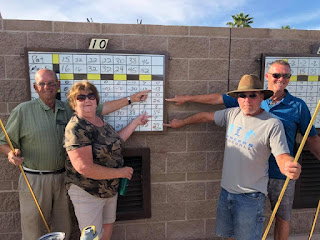 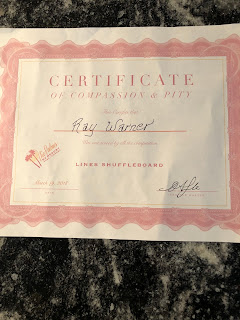 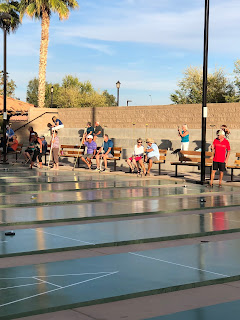 The second game instead of playing against the person at your end, we were partners and tried to help get more points for you team mate. I played with Bryan, who usually a very good player. We were playing against two new players. We went half the game and were getting trounced. Then to again make things more interesting, everyone put a golf ball on their discs. The object was to not have the ball fall off or you lost 10 points for each ball that fell off. 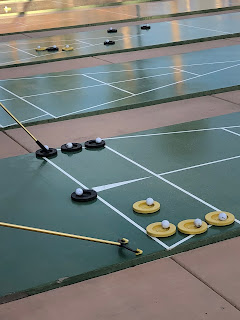 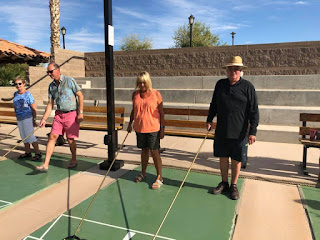 Garth, in black, was the high scorer in the game. 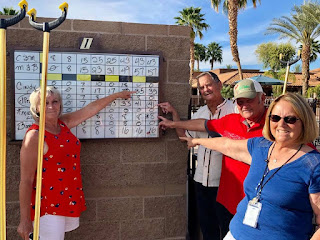 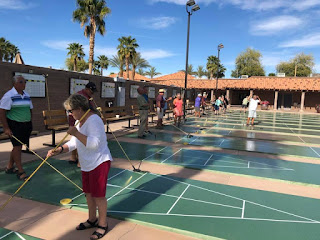 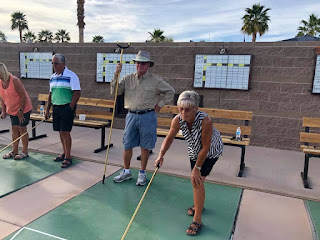 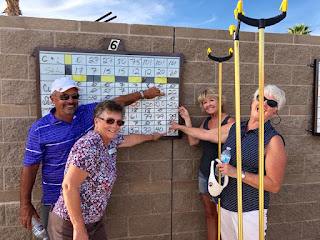 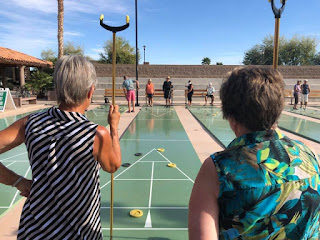 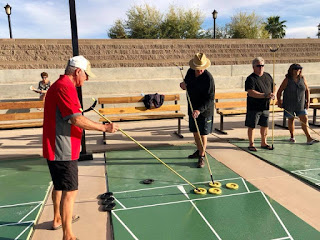 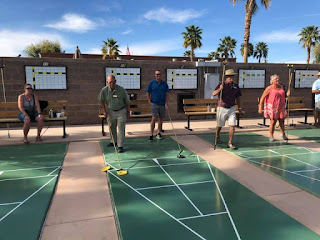 Bryan and I didn't do too badly this time and started to catch up (we were behind 70 points). Then the new player that had told us she had only played two games knocked 4 ball out of the discs. It looked like we had a chance to win the game but in their last frame they outscored us and we lost.

After the games we had a fish fry buffet in the cafe in our Park. The fish was excellent. At the dinner was when the awards for the game were given out.

All in all it was a fun way to spend the afternoon and evening and I think everyone (including the big loosers) had a good time. I knowI did.