We had a Halloween party last night here at our park. Cindy and I dressed in rain slickers and had umbrellas with stuffed dogs and cats hanging from them. We called it Raining Cats and Dogs. We got quite a few  laughs and we felt it was worthwhile as a costume. 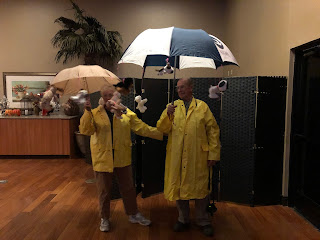 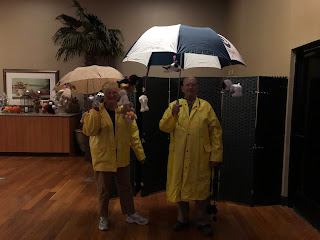 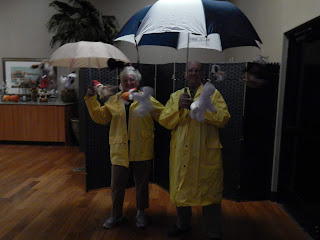 There were other costumes. Some of them are as follows: 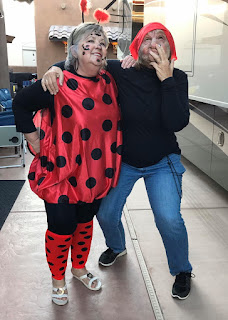 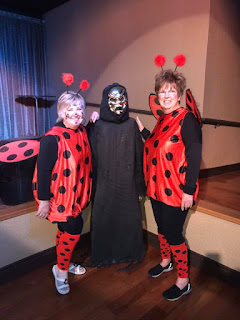 Al, the man in the hospital gown, has been very sick this year. When he came in, he got a standing ovation. While we have been here, he got hauled back to the hospital in an ambulance.This was about 3 weeks ago so everyone was glad he was able to make it to the party. 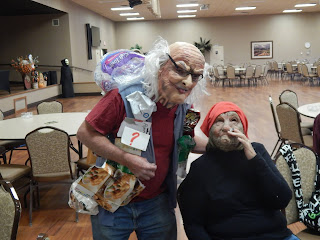 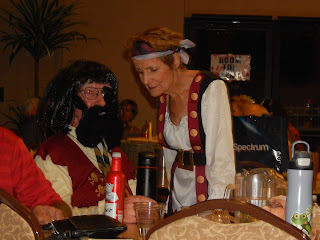 We had a pot luck and there was lots of good food. Also there were lots of desserts. We thought there was a good turn out for the party.

After the dinner there was a dance with lots of participants. Most of my photos didn't turn out. 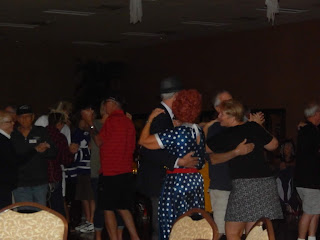 There were several others that we didn't get pictures of.

Now that most of the winter people are here, there is always something going on.

Posted by Ray and Cindy Warner at 6:50 PM