It has turned into a lot warmer weather.

Fred's insurance on the burned up motorhome finally told him it could be hauled away. A very large wrecker came all the way from Phoenix to get it. Part of their job was to shovel all the fire debris into the whole in the motorhome, which took them a while. Then they had to try to get the slides in but were only able to get one of them in partially. When the got all hooked up no one was sure they could make the turn to get it out of the lot. They were able to accomplish it and the wreck was soon hauled away. There were lots of people watching, so I guess not much was going on in our Park. 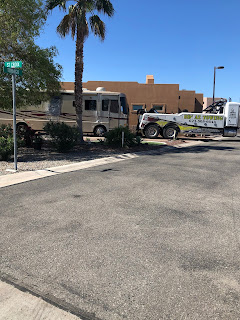 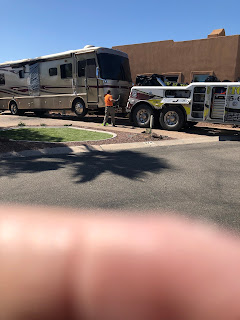 A lot of our friends from Canada have left Cindy their flowers and plants for her to enjoy while they last. Our house does look like a nursery and Cindy likes to look at them and enjoy all the flowers. We have also been given two potted palms trees. We will see how they do. 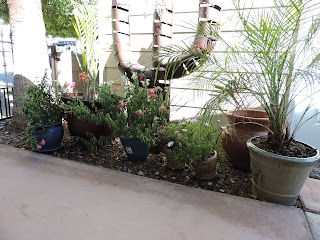 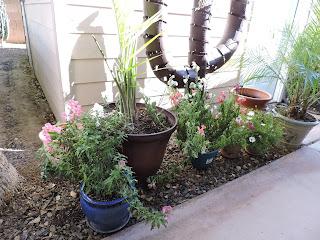 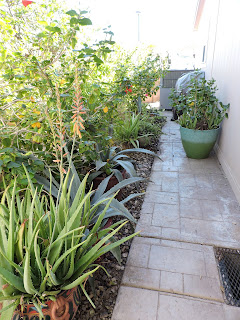 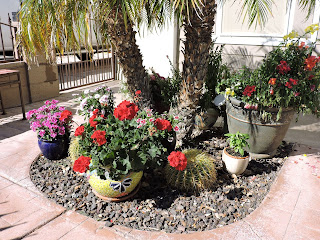 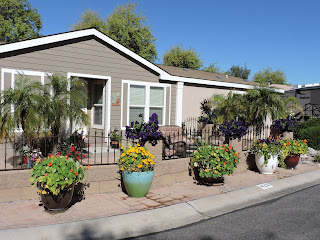 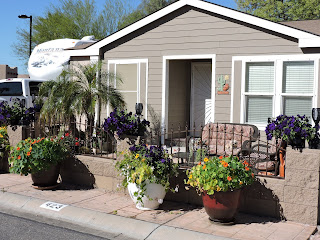 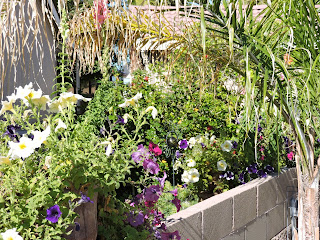 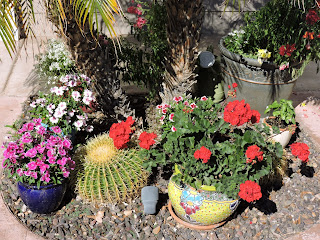 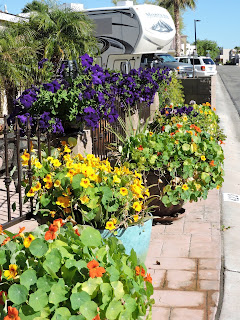 Most activities have been cancelled in our Park with nothing scheduled for April. Most of the Canadians left early to get back to the frozen North but there are still a few here. We have decided that we are probably safer here than anywhere else we could go, so we are staying until it gets too hot or the crisis is  over.

I hope every one is doing alright with what is going on.

Thanks for visiting.
Posted by Ray and Cindy Warner at 11:09 AM