Trivia With a Twist

It was a nice day and tonight is going to be a little cool.

Last night we joined in Trivia with a Twist. It is a fun event put on with 6 teams competing for points and prizes (?).

We were part of the first group of contestants. We called our team The Oreos. It should have been obvious why we named out team that, but I had to explain that we named it that because two of the members were wearing dark sweaters and I had a light sweater. We thought that when we were together, we looked like an Oreo cookie. 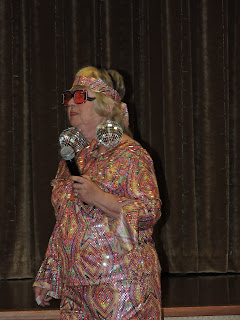 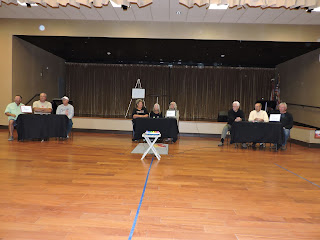 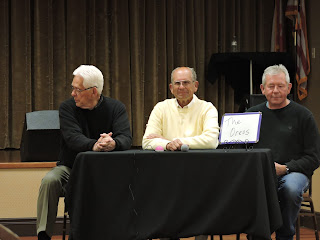 Our team, The Oreos. Don't we kind of look like an Oreo cookie. Our team was Fred to my right, myself, and, Paul on my left.

The first event was trivia with all the questions from the eighties. We ended that round with 30 points and one of the teams with 40.

Next the team captain was given the name of an eighties song and his other team member had to guess what the song was and sing a little of it. Our first song was Love Shack and Paul knew it and guessed right from what I drew. 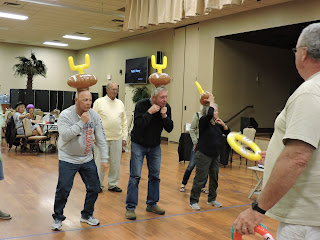 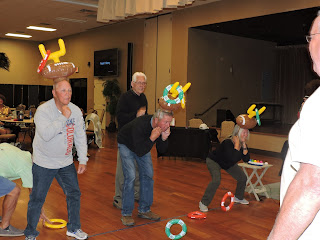 The other three teams had different things to guess and do including make a pyramid with plastic cups using a small balloon to move them without actually touching the cup. If they fell over they got to start over. 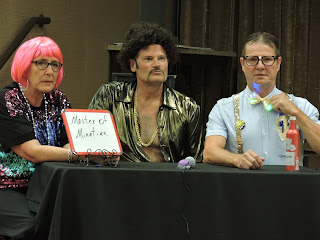 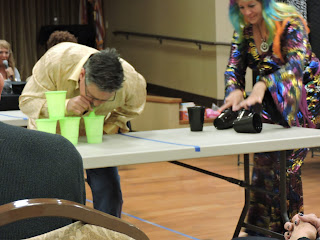 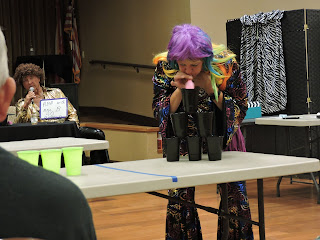 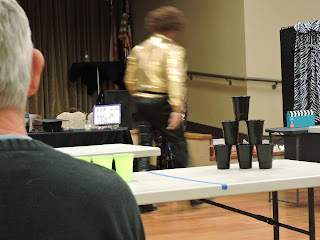 After this round we played the 2nd round winners for the championship. Tom had taken pictures of different things and we had to guess what they were. We ended up way ahead until the final event which was to blow ping pong balls into cups. We ended up tied at the end of this round. 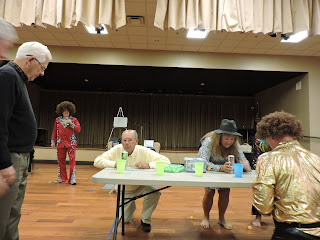 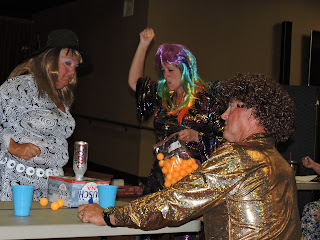 The tie breaker was like Jeopardy where you had to decide how many point to bet and then answer a question. we ended up loosing, but when asked what the other team wanted, they picked an envelope which turned out to be empty. We then had a choice between a large box and what was behind a divider. We chose the box, which turned out to be signed pictures of the head security guard and the general manager looking like hill billies. Not really great prizes, but still lots of fun. 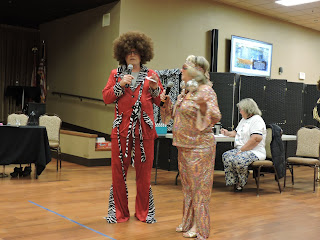 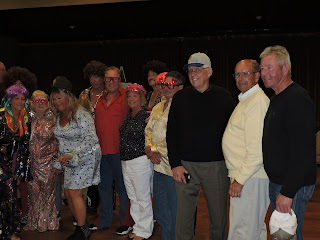 Thanks for visiting.
Posted by Ray and Cindy Warner at 7:10 PM